Canada Strikes Back: News From The True North

By Fabien HurelleOctober 28, 2014News, News Round Up

The True North is indeed strong and free: discover the initiatives launched and supported by Canadian filmmakers to promote gender equality & genre movies. 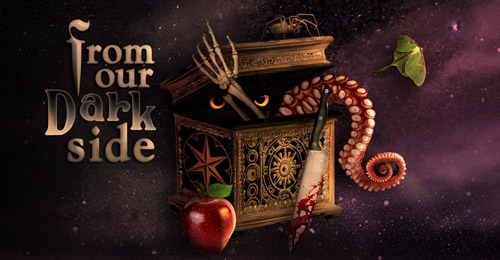 Women In Film Vancouver Summons
Writers With A Dark Side

Calling all female filmmakers and screenwriters with a thing for the strange and extraordinary: Women in Film and TV Vancouver is launching a state-wide program seeking the best in Canadian women-driven thrillers, horror, science-fiction & fantasy projects: From Our Dark Side.
Spearheaded by Sharon McGowan and featuring mentors such as filmmaker Karen Lam, From our Dark Side takes the form of a contest of feature film outlines between 3 & 5 pages, written by women and featuring prominent female characters.
Entries have to be submitted before January 15: the top ten projects shortlisted and the five winners will be announced in February, followed by a presentation at the WIFTV Festival in March.
Winners will then have to write a 15-page treatment and will receive feedback from an experienced mentor, allowing them to take their feature film projects to the next step.
No film experience is necessary, however all writers have to be women and the project should be original. 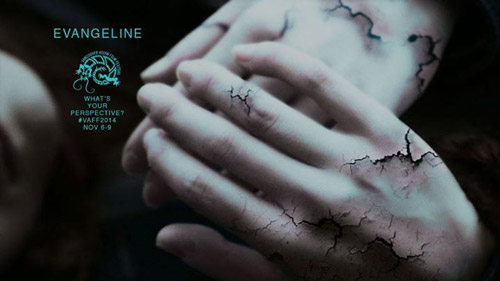 Canadian filmmaker Karen Lam is more than a mentor at the From Our Dark Side Contest as she is currently shooting new projects, publishing a short story and presenting films in festivals.

Having edited her short film Chiral earlier this month, she will start shooting a webseries based on her feature film Evangeline this week.
The feature in question will be screened at the Tish University in Singapore on October 29, opening the Near Dark: Women Direct Horror program. Introduced by Etheria Film Night Programmer Heidi Honeycutt, the screening will be followed by a Q&A with Karen Lam.
The movie, which won two Leo Awards in June, will also be exhibited at the 18th Vancouver Asian Film Festival on November 7 as part of the horror program Scare Affair.
A few days later, another endeavor will come to fruition with the publication of her first short fiction The Cuckoo’s Nest on the magazine Under The Bed, released on November 5.

The third World Conference of Screenwriters took place in early October in Warsaw, Poland and saw the unanimous passing of the Women’s Resolution. Moved by writer Tom Fontana (Oz), seconded by Israeli scribe Leora Kamenetzky and supported by 30 guilds and writers organizations representing 50,000+ writers, the resolution targets executives and the film industry, inviting them to address the gender inequality issues hurting film industries all over the world.

Another resolution was also passed, which embraced the Danish model of series development: the Warsaw Resolution. Placing TV creators at the core and suggesting the professionalization and enforcement of the “Created By” credit as a global standard, it aims to ensure that writers are fairly remunerated and respected.

“Statistics from writers’ organizations around the world show clearly that women writers are under employed. We write fewer scripts, receive fewer commissions, have shorter careers and earn less than our male colleagues.

Women have the talent, experience and ambition to participate as equals in every aspect of the industry. What stands in our way is institutional gender bias.

We the 30 guilds and writers organizations present at the Warsaw Conference of Screenwriters 2014 representing 56,000 male and female screenwriters, call upon our commissioners, funders, studios, networks and broadcasters to set the goal of having 50% of scripts across genres and at every budget level written by women.

Let us reflect back to our audiences, and especially our children, worlds in which men and women are truly equal.” 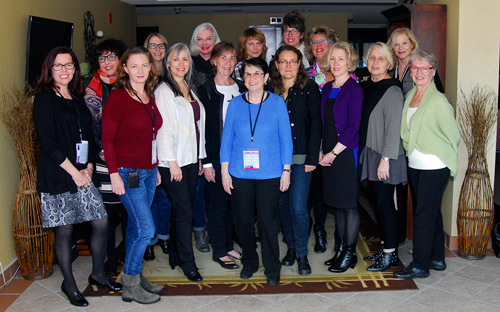 Representing over 40,000 Canadian professionals, 14 leaders of women’s media organizations & unions met during the inaugural St. John’s Summit on Women in Media on October 14, hosted by the eponymous Women’s Film Festival as part of its 25th anniversary celebration.
As the latest Women in View on Screen Annual Report released by during the event indicates, the situation is getting is getting worse even for publicly-funded projects: in 2013 only 6 per cent of Telefilm Canada’s feature film funding went to movies directed by women.
Talking with one voice, the organizations supported the release of seven recommendations addressing the gender imbalance behind the camera and on screen, inviting Canada to follow the example of Sweden & Britain, which established guidelines for films produced with public funds.

Read the Recommendations of the St. John’s Summit on Women in Media:

Media is art and industry; enterprise and culture.

Screen industries constitute a significant part of the Canadian economy. Given the nature of its products, there are virtually no limits to its growth, making this sector an important, future-proof industry. We also know that media industries thrive on innovation and diversity. We need to ensure that this industry offers equitable access to women and racialized minorities at every level of employment and remuneration. This is an issue of employment equity as well as good industrial and fiscal policy.

Media products are cultural products. Media industries may well constitute the most powerful forces influencing attitudes, and shaping our public discourses. As virtually no Canadian media content is created, distributed or exhibited without significant (direct and/or indirect) public investment, this investment needs to reflect the diversity of contemporary Canadian society.

1. Studies from all over the world have been amassing in recent years, showing that women are disproportionately represented in cinema and the audiovisual sector, especially in positions of creative and financial authority. And that this inequity has significant implications not only for the industries involved, and the employment pool for those industries, but for society as a whole.

In Canada, the reality is equally problematic. As pointed out in CUES’ (Canadian Unions for Equality on Screen) 2013 Focus on Women Report, screen-based media industries in Canada are still significantly gender-segregated, both vertically and horizontally.

Women in View reported that in 2012, women directed 22%, and wrote 20% of publically-funded films in Canada. Fewer than 2% of the women in the Women In View report identified themselves as a visible minority. Québec’s Réalisatrices Équitables (RÉ) reported that of 32 feature films released in Québec in 2010, 27 ( 83%) were directed by a man.

2. The situation is much the same in the television industry. According to CUES, in television production, women outnumber men in occupations such as clerical, human resources, marketing, business affairs; but they are significantly under-represented in better remunerated technical and content determining positions.

Women in View’s recent examination of 272 episodes from 21 Canadian television series produced between 2010 and 2011 found that only 16% of the directors were women, while 84% of directors were men. Fully half (11 out of 21) of the series studied failed to employ a single female director. What’s more, on average, those women who were employed were given far fewer episodes to direct than male directors, a key factor in creating career opportunities, professional credibility and income stability.

The US situation is similar. The Directors Guild of America (DGA) estimated that in 2011, women directed less than 11% of the primetime television episodes on mainstream channels. Celluloid Ceiling author, Dr. Martha Lauzen, in her annual audit of the 2011-12 prime-time season reported that women comprised 26% of directors, writers, producers, executive producers, editors, and directors of photography on broadcast television programs.

3. In virtually every field and in every industry, working women face a glass ceiling that, according to Women in Film and Television-Toronto Frame Work II report (2012), has simply moved up a level of seniority. Research from a wide range of sources and sectors consistently shows that the proportion of women and visible minorities declines sharply as one moves up the ladder to more senior roles. Women are estimated to make up less than 25% of senior management roles in screen-based media industries. At least half of the Canadian broadcasters report that they have no women on their ownership teams or boards of directors.

4. The impact of gender disparity among directors and writers extends to the employment opportunities for women actors, cinematographers and editors. For example, according to RÉ’s 2013 report, in Québec films directed by a man, a male actor held the lead role 90% of the time; whereas in the five Québec films directed by women that year, the protagonist was a woman 80% of the time.

5. A further critical consequence of the gender imbalance behind the scenes is that women and girls are still largely stereotyped and sexualized in on-screen portrayals. Numerous studies from Québec as well as from the U.S., G.B., Australia and Europe conclude that female characters are far more likely to be shown in sexy attire, with exposed skin, portrayed as thin and referred to as desirable by other characters; and that they are less likely to be shown as having careers, working in science, technology, engineering and math (STEM) or occupying positions of leadership in business or government.

Women are 51% of the population. Screen-based media constitute a significant part of the Canadian economy and play a crucial role in reflecting and shaping Canadian society. Employment in Canadian media production needs to truly reflect the gender balance and diversity of contemporary Canada. Only when this is the case will we be able to move forward to a more equal society with a distinct and thriving media sector.

1) Government policy should explicitly promote the principle that the equitable employment of women and racialized minorities in audiovisual products benefits both genders and all cultural groups, and is vital to achieving genuine diversity.

2) Government policy and regulations, at all levels, should explicitly seek to promote the equitable employment of women at all levels, behind the camera and onscreen, in the creation of Canadian media works.

4) Public investment in media industries should be tied to a requirement to demonstrate gender balance.

5) Since federal and provincial funding agencies routinely offer a range of incentives in the form of tax-credits, streamed funding and other benefits to advance specific goals or production strategies, similar incentives to accelerate gender and racial parity behind the camera and on screen should be implemented.

6) Recording, and annual public reporting on, gender and racial representation should become a part of application and delivery requirements for public funding.

7) Government media funding agencies and production institutions should report annually to the Canadian public on gender and racial representation in government spending, including tax incentives. 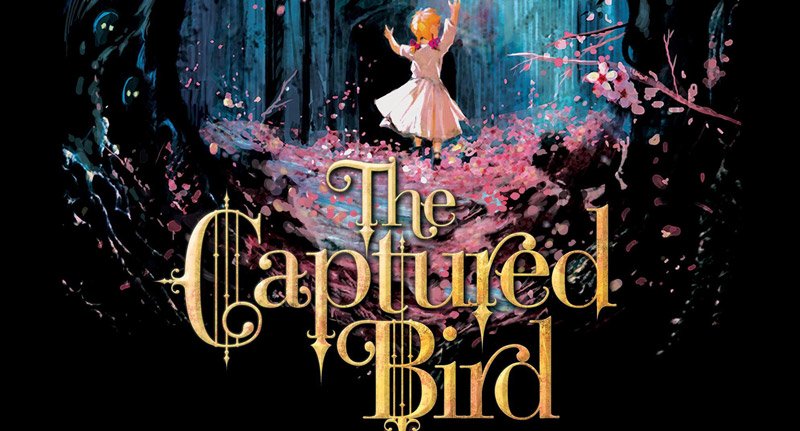