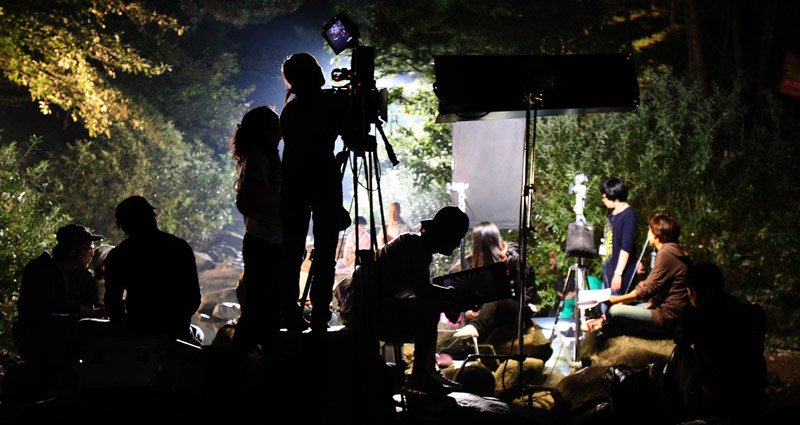 29 year old Sophie, a struggling writer in New York, goes home for her father’s funeral and is met with a sudden decision about whether or not she will become her 12 year old -now orphan- half-brother’s guardian. With little time to decide, Sophie has to confront her complicated feelings and find out if she really wants to be a mother sooner than she thought.

Shot in March 2015 in New York over the course of 4 days, Sibs is produced by Made of Sass. Founded by actress Samantha Slater, the company creates film & web television and employs at least 50% of female crew members on each project, a figure which jumped to 80% on their last film Sleep Training.
Sibs will mark the second collaboration between Slater and director Cynthia Silver, her former teacher at the Atlantic Acting School. An instructor at the school since 1998 focusing on the Practical Aesthetics acting technique developed by David Mamet and William H. Macy, Silver is also a critically-acclaimed actress and theater director.
The duo will work once again with cinematographer Darian Brenner, who shot Sleep Training in 2014. The former student of SFX and prosthetic makeup artist Tate Steinsiek, Brenner is also a independent director producing live action and animated shorts.
The donations to Sibs are tax-deductible and the project recently received the support of Star Trek & Heroes actor Zachary Quinto.

Directed and produced by Danielle Arden, Bristles aims to capture the awkwardness and sweetness of romance.
Co-written by male lead Grant Leat and starring Noor Lawson, the highly stylized romantic comedy set in the 1930’s doesn’t stray far from Arden previous work as she wrote, performed and produced short films & plays set in the 30’s and 40’s.
Bristles is produced by Lawson’s company MyLovely Productions, which focuses on strong productions for female artists in theatre and film.
Cinematographer Andy Banjanin will get to collaborate a third time with MyLovely Productions and the film will be edited by Alvaro Gago.

Melanie Wise and her team are raising funds for the Artemis Women In Action Film Festival, which will take place in Los Angeles in April 24-26, 2015. Celebrating women in action films and strong female characters, the event will showcase feature films, shorts and documentaries and honor stuntwomen Angela Meryl (Kill Bill, NCIS: Los Angeles) & Maja Aro (Once Upon a Time, The Tomorrow People).
4% of the money fundraised will go to the Los Angeles division of Girls on the Run, a non-profit organization encouraging young girls to build lifelong confidence & health through creative fitness programs.

The Water Phoenix
by Bola Ogun

When betrayed by her lover, a mermaid held captive in an Aquarium must find her way out alone.

An auditor of the selective AFI Directing Workshop for Women, Bola Ogun moving forward her script developed at the workshop.
The Water Phoenix involves fantasy elements and mermaids & will benefit from creative breakthroughs, technological assets and relationships formed with the mermaid community such as Thom “The Tail Man” Shouse, the prosthetics and special effects artist who created the tails of the movie Splash.
Starring Ogun herself and produced by Bethany Bellinger & Michael David Lynch, the film will be edited by Debra Weinfeld (Covert Affairs, NCIS: New Orleans) and VFX producer Jason Sax (Grimm, The Normal Heart) will supervise the visual effects-driven sequences.

Support The Water Phoenix on Indiegogo

Dangerously Ever After
by Alba Garcia

Not all princesses are made of sugar and spice–some are made of funnier, fiercer stuff.
A stop-motion animated film based on an award winning picture book, Dangerously Ever After.

During the production of her last stop-motion film, animator Alba Garcia received an unusual demand from her own 7 year-old daughter, captivated by her favorite picture book: “Mommy, can you animate this?”.
Written by Dashka Slater and illustrated by Valeria Docampo, Dangerously Ever After follows Princess Amanita, a fiercely independent heroine with a taste for danger and adventure.
As soon as she got the blessing and full support of the author, Garcia went to work and started developing an animated adaptation, produced by her company: Fantasiation Studio. Run with her husband Julio Garay, Fantasiation has recently completed Time/Space Reflections, an animated short merging different techniques: puppetry, 3d animation and printed faces.
Dangerously Ever After will use the same tools and has received the support of major animators & filmmakers, from Frankenweenie sculptor Nathan Flynn who designed the armature of the dolls to Peter Lord (Wallace and Gromit), Kirk R. Thatcher (The Muppets) & Fon Davis (Star Wars).

Support Dangerously Ever After on Indiegogo

He Hated Pigeons
by Ingrid Veninger

Welcome to the new pUNK Films feature HE HATED PIGEONS, a phantasmagorical epic with live score.

Support The He Hated Pigeons on Indiegogo