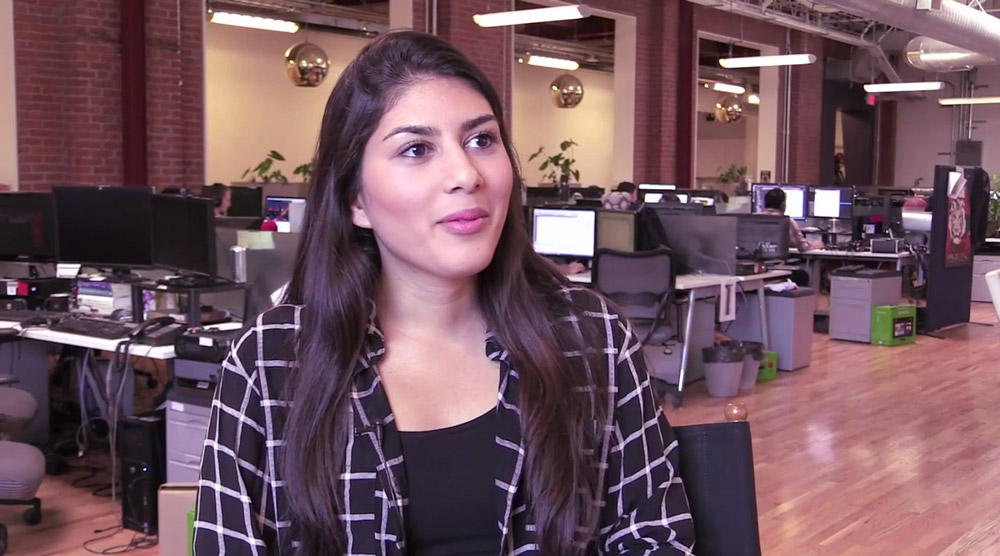 As the recipient of the WIFT-Ubisoft Toronto Producer Mentorship, film and TV producer Shasha Nakhai (The Sugar Bowl) had the opportunity to gain insight in the game industry during an intensive week at Ubisoft Toronto in late September.
Watch and read a few highlights of her mentorship, documented by Ubisoft:

Awesome first day at @UbisoftToronto! Already learnt a ton about the game production pipeline & how similar & different it is to film. @WIFT

Got some real admiration for the @UbisoftToronto producers. They manage teams of hundreds of people in as many as 7 different countries.

Hanging out and poking around the @UbisoftToronto #mocap studio this morning. Super cool! #motioncapture @WIFT

Discover the work of Shasha Nakhai on the website of her company CompyFilms.com
Discover our List or Workshops for Women Filmmakers, which includes the WIFT Ubisoft Mentorship
Use our comprehensive List of Grants and List of Women’s Film Festivals
Follow WIFT Toronto and the other chapters of Women in Film on the Diversity Directory