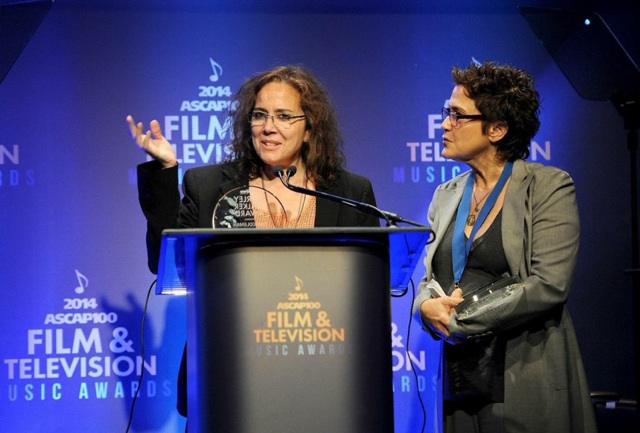 Escape From L.A and The Flash composer Shirley Walker left us eight years ago, but her legacy is alive and well.

The American Society of Composers, Authors and Publishers (ASCAP) hosted its 29th annual Film & Television Music Awards on June 25th, 2014 at the Beverly Hilton Hotel in Los Angeles. Celebrating the ASCAP 100th anniversary, the event showcased the most performed film and television music of 2013, from Steven Price’s Gravity to Bear McCreary’s Agents of S.H.I.E.L.D.

It also honored the memory of the late Shirley Walker, prominent and impassioned composer who scored most of DC’s animated and live television series in the 90’s, from Batman: The Animated Series and its follow-ups to The Flash and Superman as well as the Final Destination franchise.
Highlighting the achievements of contributors to the diversity of film and television music, the first Shirley Walker Award has been given to Wendy Melvoin & Lisa Coleman, better known as Wendy & Lisa.
Former musicians of Prince during the 80’s, they first worked for film in 1995 with Dangerous Minds and went on to score Crossing Jordan, Touch and NBC’s Heroes, winning an Emmy Award for Nurse Jackie in the process.