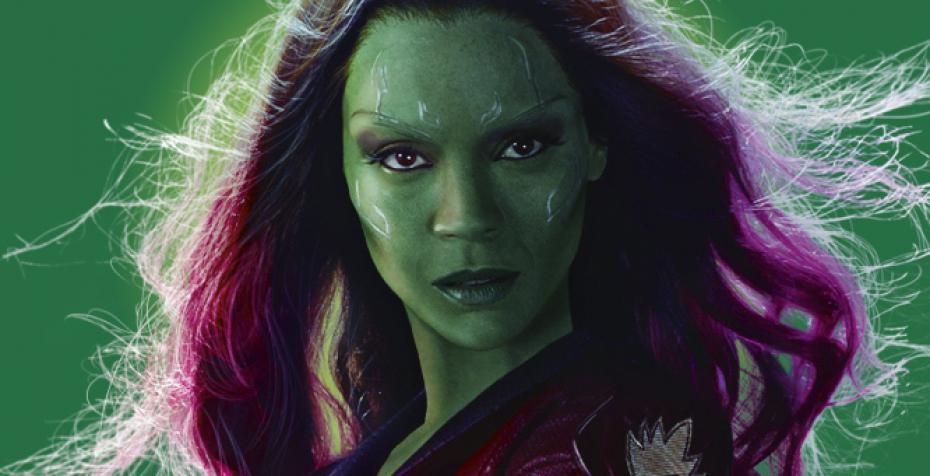 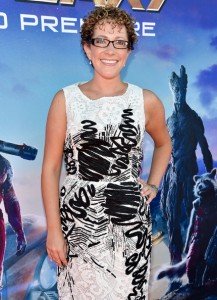 Nearly a decade after she got noticed by the film industry for her unproduced Richard Feynman spec script, the first credited feature film of screenwriter Nicole Perlman is out.
Goodbye Earth, hello Xandar: the obscure property Perlman picked to develop in the early days of the 2009 Marvel Writers Program is this summer’s blockbuster, directed by James Gunn and about to be turned into a TV show: Guardians Of The Galaxy.

Recently re-optioned, her breakout script Challenger featuring Richard Feynman is the product of a lifelong fascination for science. Started in 2001 and a recipient of the Sloan Grant for Science in Film, Challenger covers the 1986 space shuttle tragedy and the reasons behind it. Regularly highlighted in screenwriting contests, the script placed on the 2006 Black List several drafts later.

During her two years at the Marvel Writers Program Perlman contributed to other Marvel properties, including Kenneth Brannagh’s Thor and a treatment for Black Widow. Her Marvel colleague Christopher Yost also did some additional writing on the first Thor, penned Thor: The Dark World and will write Thor 3 while Edward Ricourt, who usually develop sci-fi projects, wrote Now You See Me with Boaz Yakin and is attached to the upcoming Netflix/Marvel series Jessica Jones.

If Guardians Of The Galaxy 2 will be written by James Gunn only, Perlman is not done with the Cosmic Marvel Universe, having been announced as the writer of an ongoing Gamora comic series launching in spring 2015.

Perlman is represented by Chris Till at CAA and Jill McElroy at 360.

Celebrating its 40th year, the American Film Institute Directing Workshop for Women is innovating and will open its doors to the public on October 14.
It will be the occasion to discover the participants of the successful and respected program, which recently changed its inner workings.

Starting in 2015, it will launch a new episodic program in addition to its acclaimed annual flagship short workshop; the episodic participants will produce content for the web and streaming services.

Applications are open until January 7, 2015 and the workshop will take place from April 30 to May 22. 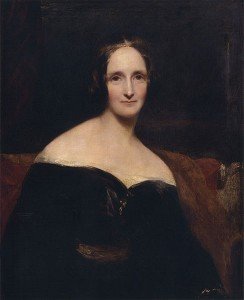 Mary Shelley – A Storm in the Stars

Wajda director Haifaa Al-Mansour is set to direct A Storm in the Stars, based on a script by Emma Jensen and produced by Amy Baer, former executive at Sony Pictures and CEO of CBS Films.
Starring Elle Fanning, the feature follows the passionate relationship between 17-year old Mary Wollstonecraft and English Romantic poet Percy Shelley when she had yet to marry him at 19, becoming Mary Shelley, writer of Frankenstein and the mother of science fiction.

A former Australian development executive, scribe Emma Jensen made her dent in the US with her co-writer Sall Grover in 2010 when Working Title optioned their book The LA Team for a TV series. They followed up by writing the feature comedy spec Sex on the First Date, bought in 2011 by Gold Circle Films. Grover and Jensen then developed the story of Fuck My Life, another modern romantic comedy written by Sall in 2012.
Jensen is represented by United Talent Agency and The Burstein Company in the US, HLA in Australia. Grover is represented by William Morris Endeavor and Magnolia. 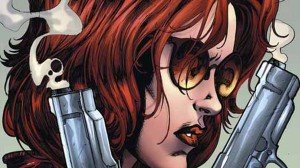 Nothing Can Stop The Soskas

Busy schedule for twins and horror mavens Jen & Sylvia Soska: as See No Evil 2 has been released on October 21 and Vendetta is in post-production, they have been announced as directors of a new adaptation of the comic book Painkiller Jane.

Created by Jimmy Palmiotti and Joe Quesada, Painkiller Jane features a tortured undercover cop whose high pain tolerance is only matched by her supernatural regenerative power.
The unstoppable detective has previously been adapted on the Sci-Fi Channel for a 2005 TV movie starring Emmanuelle Vaugier, followed in 2007 by a series featuring Kristanna Loken.
This new version involves one of the minds behind the original comic book, as the script developed by Stephen L’Heureux at Solipsist Film is being written by co-creator Palmiotti and screenwriter Craig Weeden, who is also a published poet and middle grade author.

On top of the October 21 VOD release of See No Evil, the duo completed a segment of the anthology series The ABCs of Death 2 (out on VOD on October 2nd) and have shot the 2015 release Vendetta, starring Dean Cain & WWE fighter Paul Wight.

Jen & Sylvia are represented by APA and own the production company Twisted Twins Productions.

Find Jen & Sylvia on the Hollywomen Directors Board: Jen – Sylvia.
Discover the october release of See No Evil 2 on the Hollycal, our calendar of releases & events.
Discover Jovanka Vuckovic, Jennifer Lynch, Karyn Kusama & Mary Harron on The Queens of Horror Join Forces For “XX” 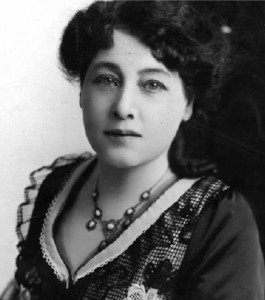 NYWIFT, the New York chapter of Women In Film closed the application round for the Women’s Film Preservation Fund on October 1.
Providing $10,000 per project and funded by Kodak & Cineric, the grant permits the preservation and restoration of American films which women have held significant creative positions.

A few weeks ago, the organization announced the grantees of the 2014 Film Preservation Fund.
The grantees were:
Tramp Strategy (1911) – directed by Alice Guy-Blaché
The Student Nurses (1970) – co-written, co-produced, and directed by Stephanie Rothman
Metroliner (1974-75) – produced and directed by Victoria Hochberg
Aftermaths: Some Food May Be Found in the Desert (1976) – directed by Andrea Callard

Follow the NYWIFT and the other satellites of Women In Film on the Diversity Directory.
Discover our updated list of grants for women filmmakers, which includes the Film Preservation Fund.
For more information about our upcoming episodic biography Alice Guy – The Mother of Cinema, stay tuned and follow us on Facebook, Twitter, or sign up to the newsletter below.

Hollywomen – Editorial: ”This is everybody’s problem.”

Hollywomen – Editorial: ”This is everybody’s problem.”