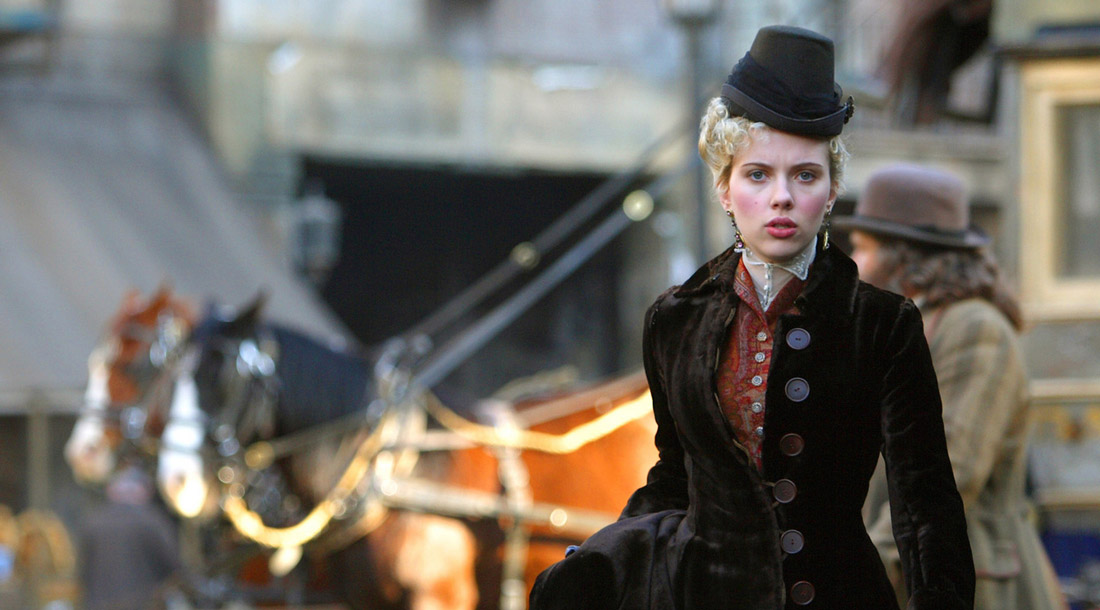 Summary: The Queens of Horror Join Forces For “XX” | Scarlett Johansson Follows The Customs of The Country | Katie Dippold Ain’t Afraid Of No Ghost | Lionsgate Breaks The Code | The Film Fatales Are Killing It

The Queens of Horror Join Forces for “XX”

Five of the new queens of horror are joining forces for a film anthology starring, written and directed by women: XX.
Set to reclaim a genre that has been pioneered by women on the page and on screen since the days of Mary Shelley and Alice Guy, XX will feature short films by Jovanka Vuckovic, Jennifer Chambers Lynch, Karyn Kusama, Mary Harron and animator Sofia Carrillo who will design the title sequence.

Produced by XYZ Films (The Raid), financed by Magnet (V/H/S, ABCs of Death 2) and spearheaded by Vuckovic since the inception of the project, the anthology is set for a 2015 release.

The filmmakers involved with XX have been influential and respected in the industry, starting with Mary Harron, accomplished TV director (Six Feet Under, L Word) and well-known for her second feature film, American Psycho.
As her career exploded after the release of her second feature Surveillance, Jennifer Chambers Lynch has been busy on the small screen, filming episodes of Psych, Teen Wolf & Warehouse 13. She remains involved with feature film projects and is currently filming an episode of The Walking Dead.
A L-World alumna like Harron, director Karyn Kusama broke ground with the award-winning Girlfight in 2000, which launched the career of Michelle Rodriguez. She branched to sci-fi in 2005 with an adaptation of Peter Chung’s Æon Flux with Charlize Theron and teamed up four years later with Diablo Cody and Megan Fox for Jennifer’s Body.
The craftsmanship of rising stop-motion animator Sofia Carrillo has been noticed in her home country by the Guadalajara Film Festival which awarded her the best short prize for Prita Noire.
Last but not least, Jovanka Vuckovic, who started her career as a visual effects artist and became the editor-in-chief of Rue Morgue, switched careers once again when Guillermo Del Toro co-produced her first short The Captured Bird in 2012. She is currently working closely with horror legend Clive Barker to write & direct her first feature film and dream project, an adaptation of the short story Jacqueline Ess starring Game of Thrones cunning matriarch Lena Headey. 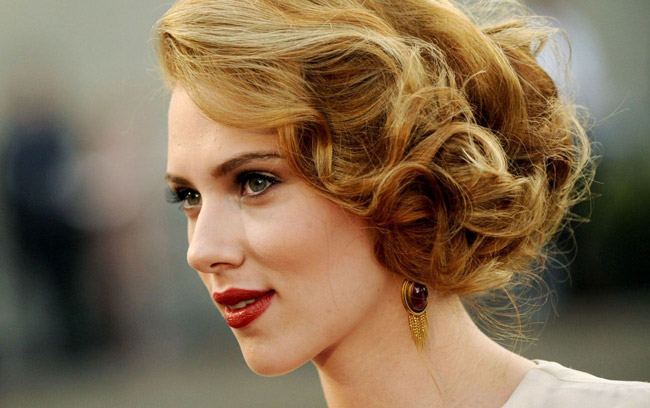 Scarlett Johansson Follows The Customs of The Country

Scarlett Johansson is set produce a TV adaption of Edith Wharton’s 1913 novel The Custom of the Country where she will play the magnetic and unscrupulous Undine Spragg rising to the top of the New York high society.

Produced by Sony with no network attached yet, the miniseries will be written by British playwright & screenwriter Christopher Hampton (Dangerous Liaisons, Atonement) who penned an earlier version of the story two decades ago for Michelle Pfeiffer after her performance on another Wharton adaptation directed by Martin Scorsese, The Age of Innocence.

When there’s something strange in your neighborhood, who you gonna call? The Heat writer Katie Dippold, that’s who.

As the passing of Harold Ramis made Ivan Reitman reconsider directing Ghostbusters 3, the franchise is likely to move towards a different direction, focusing on a female-led film directed by Paul Feig and co-written by Katie Dippold.

A writer on the last seasons of MadTV who joined the staff of Parks & Recreations during its sophomore year, Katie Dippold rose to prominence when she wrote her first feature spec, a buddy cop comedy. Created in 10 weeks and bought by producer Peter Chernin in February 2012, The Heat moved at an impressive pace, shot the same year by Paul Feig with a $40M budget. Released during the summer of 2013, the Sandra Bullock/Melissa McCarthy vehicle grossed more than $230M worldwide.

The connections between the reboot and the previous installments are not known, but creator Dan Aykroyd and director Ivan Reitman should remain involved as producers.
As the sequel has been languishing in development hell since the 90’s, the last adventure to feature the original characters was the 2009 video game, reuniting the cast as voice actors and using elements of an unmade draft written by Dan Aykroyd and Tom Davis. 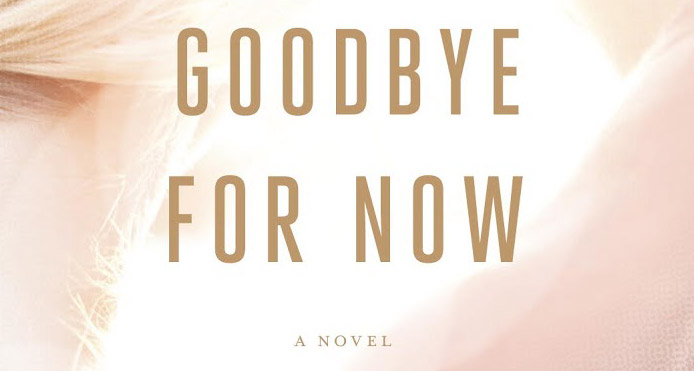 Lionsgate has hired director and award-winning Australian visual artist Sandy Widyanata to helm the feature film adaptation of Laurie Frankel’s novel Goodbye For Now, produced by Temple Hill. Optioned and published in 2012, the book follows an unlucky-in-love computer genius who creates a program that allows users to communicate with their deceased love ones.

Born in Indonesian and raised in Germany, the Aussie artist attended the Australian Film Television & Radio before winning the 2009 Visual Effects Society Student Award for her comedy-fantasy short Plastic.
Counting Cadbury, HTC & Cadbury as her clients, she striked again in 2012 with the short Project M.I.C.K.

Novelist and screenwriter (Banshee) will rewrite the script written by Parenthood screenwriter Jessica Goldberg.
An internationally produced and acclaimed playwright, Juilliard School alumna and Tennessee Williams Fellow, Goldberg has mad great strides in the screenwriting community during the last 10 years.
Noticed by filmmaker Peter Berg and Universal executive Sarah Aubrey, Goldberg was encouraged to write a script around a Vanity Fair article, which resulted in the 2006 Black List nominee Absent Hearts, a teenage love story set on a military base where young adult whose parents serve in the Iraq War are growing up.

After writing several pilots and features, she directed Krysten Ritter in the 2013 film adaptation of her play Refuge and joined the staff of TV series Deception, Camp & Parenthood as a writer and producer. 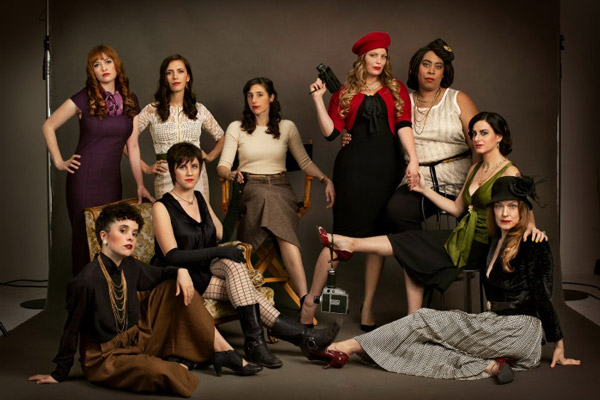 The Film Fatales Are Killing It

Created in 2012 as a support network for female directors by filmmaker Leah Meyerhoff, Film Fatales is now a force to be reckoned with. What started as informal monthly gatherings of female feature film directors in New York fiving each other advice and help is now a global nebula of groups established all over the world.
Now present in Los Angeles, New Orleans, Austin, London, Detroit, Brooklyn Heights, Bedstuy and Williamsburg, the group will soon expand in Sydney and Sao Paulo.
As 8 worldwide chapters held meeting in early October, members of the group took part in various events: Meyerhoff spoke at the Women in Film and TV Panel of the Buschwick Film Festival on October 5 and the New York Film Festival a few days later while Emily Abt, Livi Newman, Caryn Waechter and Stewart Thorndike organized a panel at the New York Columbia University on the financial realities of filmmaking on October 6.

We're thrilled to spread support for female filmmakers across the globe!Fatales mtgs were held in 8 cities this week. pic.twitter.com/P6HqFtlhSJ

Follow the Los Angeles, New York and London chapters of Film Fatales on The Diversity Directory
Find Leah Meyerhoff, Danielle Lurie and several members of the Film Fatales chapters on the Hollywomen Directors Board
Find Leah Meyerhoff and the Women in Film and TV Panel of the Buschwick Film Festival on News Round-up #4 – Vampires & Good Deeds
Discover the successful crowdfunding campaign of Stewart Thorndike’s new horror film Putney on Crowdfunding Success – The Haircut & Across The Tracks